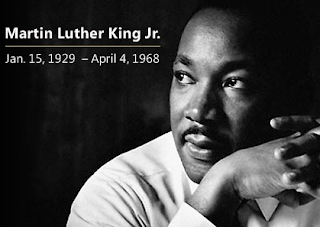 Today we honor the life and contributions of Dr. Martin Luther King Jr., minister, social activist, civil rights revolutionary, martyr and champion of equal rights. My son is out of school for the day; my garbage pick-up is postponed; banks and libraries are closed, all in tribute to one man.

King is one of only three men honored by holiday on the American calendar, and his day is certainly the newest. Established in 1983 by President Reagan to honor King’s birthday, MLK Day eventually became two holidays, when President Clinton enacted the King Holiday and Service Act of 1994. With that gesture King’s day became much more than a simple birthday tribute – it became a day of individual activism, a day to roll up our shirtsleeves and volunteer, to do something to help our brothers, sisters and the community we share.

On this day, and every day, we must do the work we’re called to do. King knew the night was coming; the time to work has always been ‘now.’ He exhorted us, “Life’s most persistent and urgent question is, ‘What are you doing for others?’”

Now almost 44 years after his death, Martin Luther King Jr. has been gone from us longer than he was here. In 39 years he did more than lead a movement, he churned momentum for a cause that would gain as much or more ground after he was gone. Today we probably relate more directly to the changes he set in motion than any other American revolutionary. He walked among us.

It’s 2012, and night is still coming. There’s still much work to be done. We may not be judged with the harsh prejudice of an earlier, hostile Birmingham, cut into cruel castes by the origins of our ancestors or the color of our skin, but do we really want to be judged by the content of our character? What have we set our hand to recently, to make our world a better place? 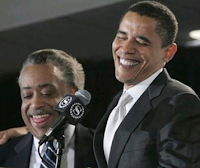 King reminded our nation that freedom isn’t free. When I consider the inestimable impact of his leadership of the civil rights campaign, I feel small. I haven’t done much. But if I’ve learned one thing from King, I can’t judge myself by comparing myself to another. I remind myself I can’t fill another man’s shoes – I can only do what I am called to do. With my thinking straight, I get happy. I’m thankful to be here, helping in small ways, celebrating life’s great things. Making holiday photo cards might not mean much on a broad scale – there’s nothing I’m reminding a nation of – but I’m helping individual people celebrate their great moments, and commemorate the special days of their lives, whether it’s a wedding, birthday party, or announcing the birth of their newborn baby. 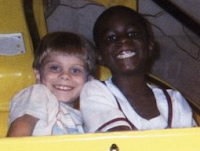 Truly, the contributions of Dr. Martin Luther King remain as vital today as the day he stood on the steps of the Lincoln Memorial, sharing his dream of a nation where sons of slaves and slave owners sit down at the table of brotherhood. Most of the time we don’t realize his contributions are undergirding our everyday experiences, inspiring the relationships we freely choose to make. But just think about the things we don’t think about every day – the issues that no longer exist for our generation. The dream King told us was deeply rooted in the American Dream, has come a long way towards true.

King stirred the proverbial melting pot that is America. He’s gone, but his legacy continues to charge our social atmosphere for equality, and our community for active service toward our fellow man. We've got to get out there and do to honor the man who gave his life for what he believed we could achieve.

“Everybody can be great. . . because anybody can serve. . . You only need a heart full of grace. A soul generated by love.” ~ Dr. Martin Luther King Jr.
Posted by Jean Bowick