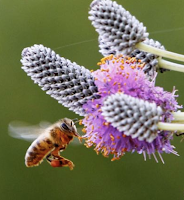 My son has had terrible allergies, the seasonal kind, ever since he was in first grade the first time. Every year he’s had one long, miserable month of itchy eyes, scratchy throat, and the stubbornly stuffy nose that somehow manages to run constantly while simultaneously hindering any air from going through it.

But this year it’s gonna be different. He’s 17, it’s the first week of spring, and pollen hasn’t bullied him around at all. It’s had too much competition.

Last week it was the car accident.

He’s at the age now where the kids are old enough to drive, but not likely to make a bunch of good decisions. So it happens that seven teenagers crammed, two to a seat, into a two-door ’93 Thunderbird. The last year, by the way, the T’bird was produced without any airbags.

Spring break hadn’t quite started yet – there was still Friday to go – but it kicked in a little early for the kids in the car when they plowed into an SUV. The injuries ranged from moderate to serious, with concussions all around. Nobody remembered what happened ~ just that they were trying to hit the “fun bump” at full speed. . . the reason, they explained, for going a full 50 miles an hour over the speed limit. 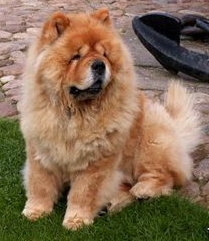 It’s divine intervention that all the kids survived, and the adults were okay too. Coming into this week a little sore and scabbed over, Monday was a pretty good day.

My son was visiting some friends, watching a movie, taking it easy from the concussion. Low-impact recreation. But one of the kids jostled him, and that was all it took to convince “Buddy” there was a scuffle afoot. With 400 pounds of bite per square inch, that evil canine chowed down on my son’s arm, coating it in vicious teeth marks.

Another trip to the ER, another x-ray, another set of bandages. Bless his heart.

My son just wants to get better, and to enjoy his spring break without being attacked by a crazed pet or somebody’s dashboard. I’m trying to keep it all together, to make sure I file the right papers with the right people, to match the right form with the right injury.

But most of all, to take good care of my boy.
He’s called this “the worst spring break ever,” but it hasn’t been all bad. We’ve had a lot of pizza, we got to watch cable TV in the hospital, and we’ve gotten some big hugs from people who just wanted to tell us they cared. 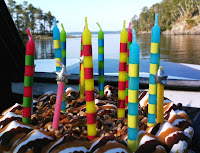 It’s been an emotional week. I’m tired, but so grateful to have my child. The copays don’t matter. Spring break is temporary. Summer’s coming ~ there’ll be plenty of barbecues, birthday parties, and fun on the beach. 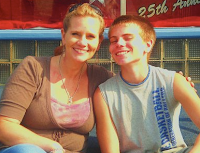 Sometimes life’s most trying moments just serve to remind us how good it is to just be together. Looking back on the events of this week, I am humbled with thanksgiving. I look forward to celebrating another day. Coming home, being with family. That’s the best holiday.